A brand new single from the upcoming album from גיל עקביוב. The CD will include all Chabad Niggunim with incredible arrangements. 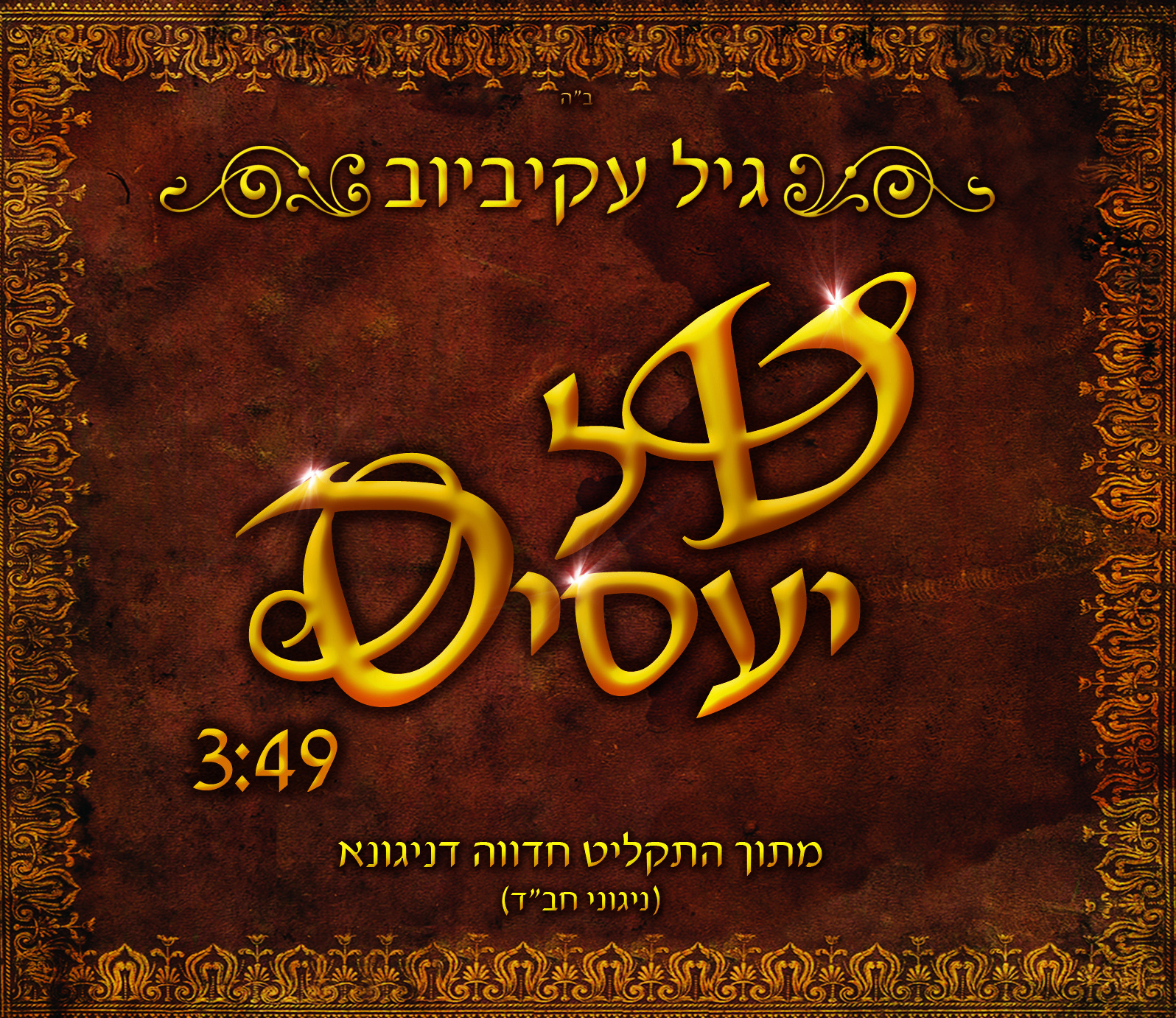 A little over a decade gil akibayov made its way into Judaism and music with him. Aakbioab musician, composer, arranger, music producer, singer, play keyboards and guitars. Began his musical at the age of one – ten, when he appeared in “Children Songs Festival” Zvika’s side with the song became a classic of children – “the soap was crying a lot.” Upon his release from military service, he played with the late Uzi Hitman creator, guitarist Erez Netz, singer Manny Beger and other artists.

Aakbioab behind two albums, “Prayer poor” and “good line.” Nypak quite a few hits, including “Happy is the man”, “go go”, “prayer and the poor”, “there is a Creator,” “good news”, “Kol Nidrei” and is considered one of the pioneers of Jewish music’s way soon comes to – heart Israeli mainstream occupier in the hearts of us, religious and secular alike. Through the unique combination of musical influences of the sixties and seventies bands they grew up, superior texts from the scriptures. What he created a special musical interpretation of the deep level, speaking on the other hand fluent musical submission concerning all of them clean and contemporary. Aakibiub in 2006 was an integral part of one of the most talked greatest successes of recent years in Israeli music – poetry “Please force” composed by the musician and the creator Ovadia. Singing, music, and even took part in the work of processing. The connection between the two covers five – ten years of special musical collaboration, creating the fusion between music and the quality of Aakbioab greenhouse deep texts, which is a winner!

These days, finished Aakibiub three years of work on the new album “Joy Ednigona” – songs and melodies sung played Chabad generations. It all started one before – ten years, when reached -770, the Lubavitcher Rebbe. Aakibiub Open in volume Chai “Holy Fees” on page Akne”v letter musician Rabbi Yitzhak Edel writes: “The proposal seems very Chabad process multiple tracks in life can use them choirs, etc..” Aakibiub Heck felt that the words of the Rebbe pointed at him, and got things like a stork is instructed to fight, and makes: “In my mind, I often imagine myself going through with the Rebbe, and I have a deep sense that what the Rebbe would ask me to.” Album will be released next two months a variety of melodies and songs: melody joy heartthrob, playing sit and holidays, playing Tammuz as never heard, “She was” playing “aneurysm” authentic rustic scent, “Aneaym Songs” is especially moving processing . Aakbioab friends album hosts first-class musicians such as Oren Tzur Avi Piamenta, car players, “Heaven and Earth” Ovadia