The group that just exploded onto the scene with the release of their first album in 1999, and had the whole world singing Esa Einai? And then did it again with 3 subsequent hit albums? And also brought you a revolutionary children’s group in Shalsheles Junior?

Well, they’re back again with their 5th album, and it’s one that you don’t want to miss.

All Shalsheles fans should by now be able to pick out the inimitable Shalsheles style, and since their last album release of Shalsheles  4 in 2007, we’ve all been waiting for them to release their next album.

And now, almost 3 years later, here it is – Shalsheles 5 is now on its way to a store near you.

Shalsheles 4 didn’t grab me the first few times I heard it, but I always give albums some time to grow on me, and once I went through it a few times and gotten a good feel for it, I had come to love it, in some ways more than the previous albums.

I got a pre-release copy of the album to pre-review, and then review, and while I haven’t gotten through it yet too many times, it sounds like a winner. I’m getting used to it, and I’ve already started picking out my favorite songs.

As with Shalsheles 4, it seems to have a bit of a different feel than the first 3 albums, but it’s still that same Shalsheles style that you’ve come to know and love.

For now, I basically settled on Baruch Haba as my favorite fast song, and it’s a close tie between Ki Er’eh and Shalom Rav as my favorite slow songs, but my picks seem to change every day.

Stay tuned for a full review to come once I’ve gone through the album thoroughly and learned all the songs (and have time to write something up) :).

And until then, pick up your copy, and let us know what your best part of the album is. 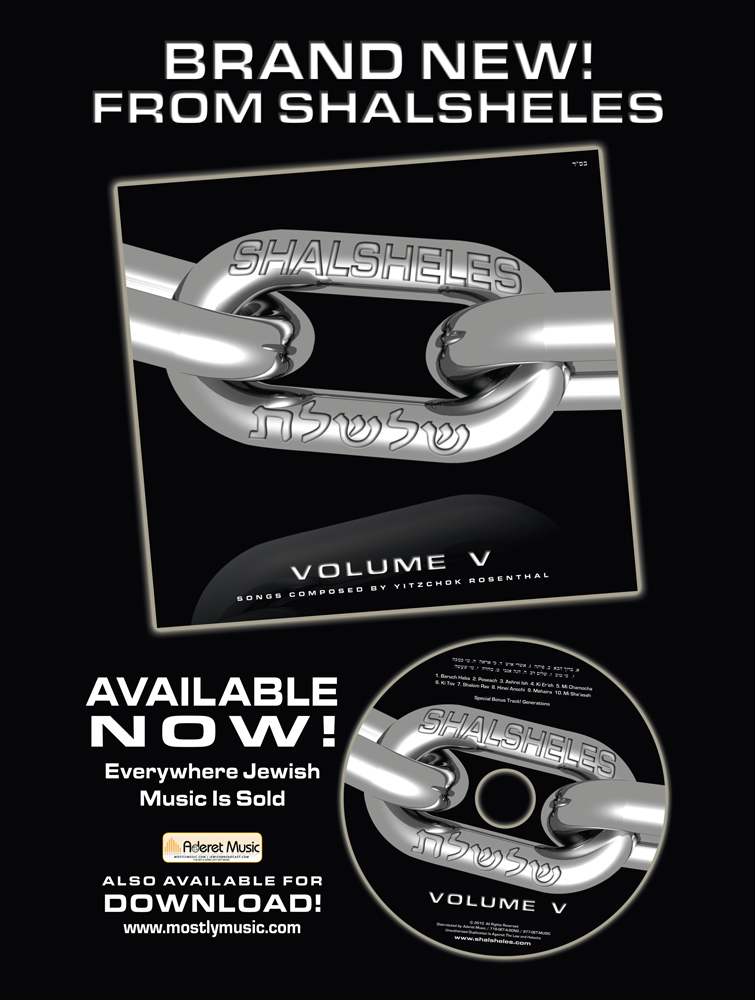