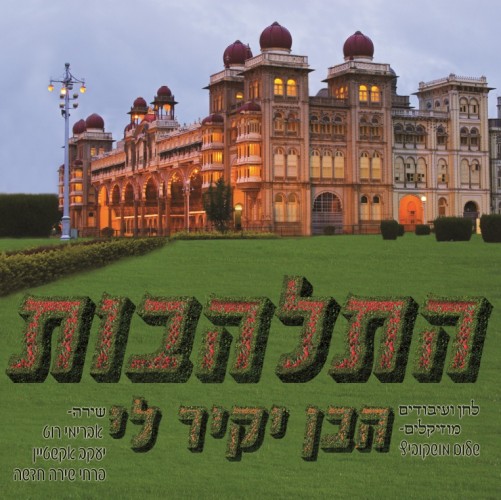 Shalom Moskowitz’s debut album “Enthusiasm” is about to hit the stores. In the meantime he’s giving us a sampling, just in time for the yamim noraim. The song, “My Precious Son, Efraim” (Haben Yakir li Efraim) was written by Moskowitz for his son’s bris. Since then he has been showered with requests from friends and family, begging him to record the song and publish it.

Moskowitz decided to run with the idea and chose leading artists to carry it out: the Shira Chadasha Choir, Avreimi Roth and wunderkind Yanky Barmatz. Additional talent was drafted to the studio, such as Peter Wertheimer, a leading artist in his field, adding a special touch playing the piccolo. A hint as to what’s in store – a melting moment when the youngsters meet Avreimi Roth.