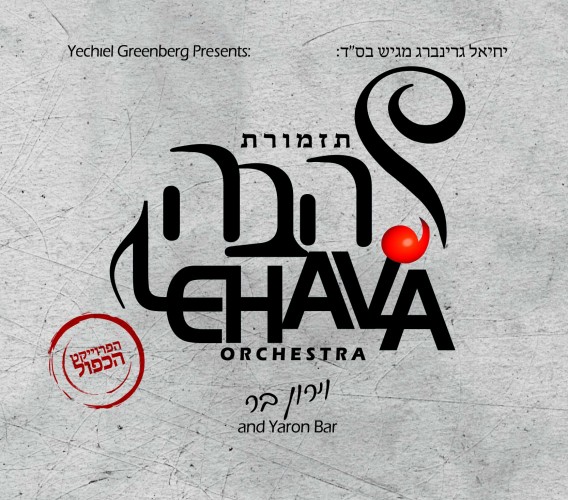 At the end of three years of concentrated effort the Lehava Orchestra, the most successful religious orchestra, has reached the finish line with a fantastic double album which is without doubt by far the best collection of wedding music to appear in recent years. The album contains thirty-six mostly original tracks well made with superior production and sound quality never heard before.
The Lehava Orchestra presents a project which is elaborate, well thought out, rich and fascinating that includes Jewish, Hassidic and Israeli music featuring brilliant arrangements and combinations, as well as different and varied style content. It encompasses on the one hand ‘Ki Hirbeita’, ‘Vezakeini’ and ‘Kah Echsof’, and on the other ‘Azamer Bishvachin’ country style, soul songs such as Shlomo Carlebach’s ‘Beshem Hashem’ with Avreimi Roth, Jewish hits such as ‘Ana Efneh’ and ‘Ruach Stav’, from electro-tech dance music to Jewish & Irish rock. Yechiel Greenberg and the Lehava band have gone all out in order to give
you one of the most original albums ever produced by a wedding orchestra.

Obviously, a band playing at simchas night after night knows precisely which songs will catch on and which ones will be quickly forgotten. Armed with this experience, Yechiel Greenberg, the group’s leader and founder, has produced an extensive collection of popular hassidic music ranging from old-time, well-known medleys to new hassidic and jewish music compositions, featuring both old and new tunes. Previous singles brought out by the band sparked much attention and have been frequently played by religious and traditional Israeli stations. Now that the album has finally been completed excitement is mounting and it is eagerly awaited by the listening public. Even the price of the album reflects the amount of thought invested in it.

The Double Project will combine exclusive packaging at a popular price and will sell for a mere 69 shekel, most definitely a great deal. Lehava say there are more surprises in store. Stay tuned. The group was formed four years ago by Yechiel Greenberg, former founder of the Shalhevet Orchestra which he left after 12 years. “Lehava” consists of six musicians and a vocalist (Yaron Bar) and as mentioned prides itself on its professionalism. The band includes guitar, trumpet, 12 different types of flutes and recorders where necessary, saxophone, trombone, keyboard, violin and drums. The band also puts special emphasis on the artistic content of the chuppa, with a musical accompaniment composed of five musicians playing and harmonizing. 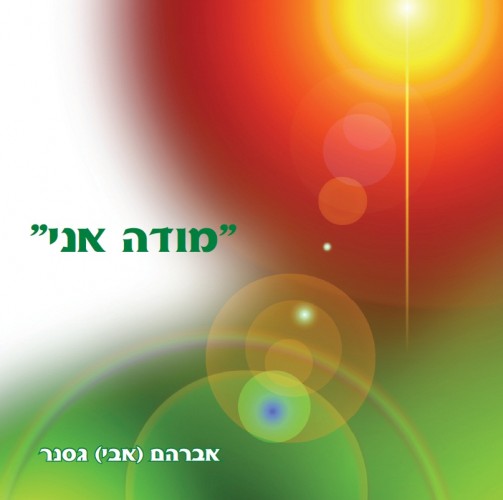 Avi Gasner (aged 55) from Kfar Saba, an insurance agent by day, with a rich musical background which he acquired through his own hard work. Gasner has studied music, sung, played and dreamed. A glance at his personal history reveals that he has sung in a local group, appeared on stage, played flute, accordion and guitar. In the past he “took a break” from music, until five years ago, following life-changing events, or a mid-life crisis, depending how you look at it, he took up music again.

This particular song was written by Moshe Laufer. Barak Ben Tzur, known drum player and producer of the whole album is responsible for musical accompaniment and arrangement. Of Ben Tzur, Gasner says “We connect, he understands me and knows what I am looking for and manages to make all my musical dreams come true.” Gasner put Laufer’s musical creations away in a drawer, as he couldn’t spare the
time needed to devote to them. Until two months ago when he was looking for a song to sing for Shavuot. Gasner’s father who had passed away four months before, would have been 88 on Shavuot. “He left happy memories, so I wrote a song for his birthday basically thanking him for what he left me.”

Avi Gasner presents “Modeh Ani” a song of gratitude to Hakadosh Baruch Hu for the people he sent to accompany him through life. “Abba was a messenger from Hakadosh Baruch Hu who taught me so much in life. He was always happy, no matter what and was always thankful for everything, now it is my turn to thank Him.” The debut album which will appear be”H this winter, promises to be richly flavoured with various styles, from Laufer to Bocelli and Pavarotti. Gasner enjoys light opera, but in addition has been studying for the past four years at a Jerusalem school of cantorial music, with the aim of becoming a fully fledged chazzan. Fellow shul members say that to hear him leining is like listening to a performance of light opera…”

Eitan Kleinman – “About to Change” 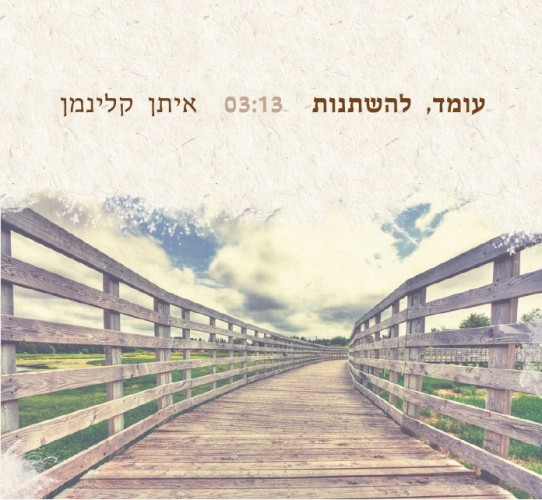 Eitan Kleinman is a 36 year old religious computer guy, married and the father of five from Peduel in the Shomron. He works in hi-tech as a web developer. Over the past ten years he has occasionally retreated to the studio to record parts of his debut album. “Throughout this period, and in my life in general”, recalls Kleinman “I kept asking myself where is the mountain, when will I reach the
Everest, so that we can say that we have reached the peak, that we have planted the flag of proof…”

Then along came the Second Lebanon War to change his very way of thinking. Eitan is drafted and suddenly comes to the realization that he is basically missing the point. “I began to understand that one should also enjoy the process, or at least give it the respect it deserves, its importance “lechatchila”. The journey is a central part of what we are trying to achieve. We should never forget that in this
world, which is a very narrow bridge, we should always try to do our best and that each and every moment has meaning and uniqueness, hence it exists”. He wrote the theme song of the album “About to Change” after experiencing this understanding. Kleinman has been studying singing for the past seven years. “True musicians never stop singing” he says with a smile. “There is never a moment when a song
is not playing in my head. Music is an integral part of my life, the ability to articulate, to express oneself and to change exists in music that surrounds us resounds in each one of us.”

The new album is the fruit of the labour of two people. Amichai Koppel, a graduate of the “Hed” School of Contemporary Music and with a degree in Musicology from Bar Ilan University who has produced and arranged all the songs, and Eitan Kleinman, writer composer and singer. The pair have worked, created and even documented the long process in a lively blog which has attracted great interest. Once the album is released, Kleinman plans a round of intimate performances throughout the country “wherever I am asked to sing, I will go” he promises. 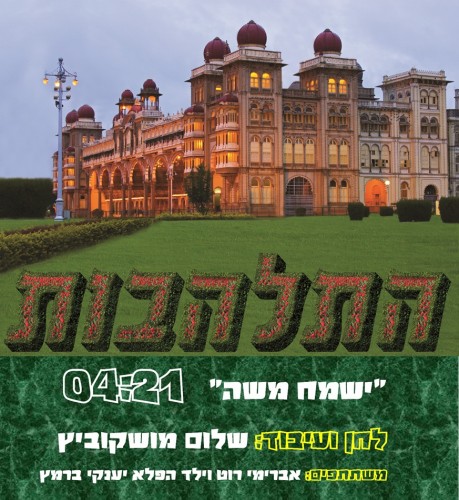 (Download here)
Besides being a jeweler, Moskowitz has written and composed hundreds of songs over the years, “the boys in yeshiva would sing my songs every erev shabbos”, he reveals. Songs piled up in his drawer until he had enough
material for a top quality album. “I listen constantly to good music, lately I noticed that there is a lack of songs with the depth and beauty of those in the heyday of hassidic music. I became inspired with the need to take my music, put a cover on it and bring it out”, says Moskowitz.
His full-length album will be called “Enthusiasm” (Hitlahavut). The title came naturally whilst working on the music. “All those who collaborated on the album became enthused by the music, the way the notes were written, the lyrics, the tunes, to the point that the creative process and working together gave birth to a title for the album which expresses its very essence in one word.” The album introduces a refreshing concept: a hassidic ensemble which sounds like a boys choir from the 70’s. “What is called a good song? A song that from the first time you hear it makes you want to join in, and that the second time you hear it you can already sing along with it…” explains Moskowitz.
The album will be varied, so as to gain everybody’s enthusiasm, it will include different kinds of accents and a broad range of musical styles. The first song to be released is “Yismach Moshe”, which encaptures the flavour of the album –a middle-eastern rhythm sung with hassidic intonation, combining Jewish feeling and gives expression to music both captivating and unifying. The song is sung by Avreimi Roth and child prodigy Yanky Barmatz. As was mentioned, the song itself was composed produced and arranged by Shalom Moskowitz, a rising star in the world of music composition and arrangement.