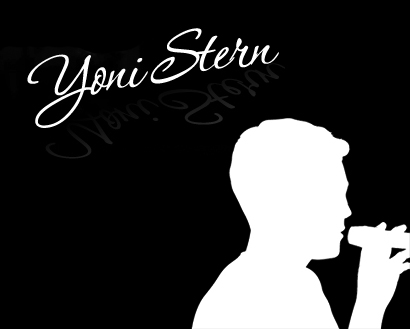 Yoni Stern, the child soloist featured on A.B.D., is expecting to put out his OWN debut album which is slated for a Tishrei release. Yoni has been capturing the hearts of audiences everywhere in performances together with Baruch Levine, Abie Rotenberg, Srully Williger, Lipa Schmeltzer, A.B.D., and at chuppas across North America. Not only will you hear the trained and well balanced voice of Yoni, but the album will also include a slew of guest vocalists including: Shlomo Simcha, Abie Rotenberg, A.B.D, and Oorah contest winner, Yonatan Shlagbaum.

Yoni’s young and powerful voice brings out the soul and excitement in compositions by Yitzy Bald, Ami Frankel, Eli Woznica, and Pesach Woznica (Vihoer: Yehuda!).  Though most of the album features a more modern Dveykus style, the CD also ranges from hartzig ballads, to Meditteranean horas, to energizing funk.  Yoni’s vocals put a lively Yiddishe spark into all the tunes, bringing his captivating performances to disc. Keep an eye and ear out for samples with music as the release date approaches.