My Thoughts on Concert Etiquette 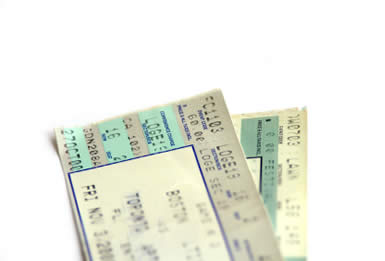 This past Succos, I was lucky enough to be able to attend two Chol Hamoed concerts.  What with all the responsibilities that the Yomim Tovim entail in addition to reviewing both concerts I never had time to write the third post I was planning on writing.  The subject?  How to behave at a concert.  But after the first day or two, I forgot all about it.  Until Chol Hamoed Pesach, when I had the privilege of attending another concert.  And once again, I felt compelled to sit down at my laptop and share my thoughts on concert etiquette.

No, I am not talking about guys coming to a concert in a tux, with girls wearing cocktail dresses and pearl chokers. I am talking basic manners, my friends.  How to behave like a mentsh at a concert.  I should warn you now that I am opinionated, and given that I am not talking about any person in particular, the lashon hara issues that normally make me restrain myself are far less problematic here.  If you are not interested in hearing me be brutally honest and very direct, I suggest you stop reading now.

I won’t even bother suggesting that people come on time.  Or that concert producers start the show on time. Actually, I will.   Among the many reasons that people come late is that they know there is no reason to come on time.  I respectfully suggest that concert producers (are you guys listening???) start their concerts promptly, no matter what.  Half the people aren’t there?  Too bad.  Many of them come late because they know you aren’t starting on time anyway.  Start two or three concerts on time and people will get the hint and start coming earlier.

Before anything else, let me point out just how much money it costs to take a family of six to a concert.  Even if you buy the least expensive seats ($25 for Miami Boys Choir this Pesach and $20 for Yeshiva Boys Choir, if I remember correctly) that means that the cost of tickets alone for a family of six starts at $120-$150.  And that is for the cheapest seats.  If you don’t live in Brooklyn (yes, there are many of us who don’t, believe it or not), add in the cost of gas and tolls.  In short, going to a concert is NOT a cheap proposition.

Which is why it galls me to see what sometimes goes on at concerts.  You would think after spending all that money, people would actually sit in their seats and enjoy the music instead of marching around while the performers are on stage.  Why even go to a concert if you are going to sit and talk to your seat mate the entire time?  Case in point: the concert that I went to last week, where a family of eight seemed to be playing musical chairs several times during the night.  So, people, find your seats, park yourself in them and stop talking.  You came to listen, didn’t you?

Having trouble finding your seats?  Call me crazy, but if the rows are arranged alphabetically and the seats are numbered, if you know your ABC’s and can count, any kindergarten graduate ought to have a relatively easy time finding their seat.

Someone please explain to me why it is that concerts equal food.  Particularly on Chol Hamoed, when we have all been stuffing our faces continuously over yontif, why is it exactly that people have to eat their way through concerts?  I promise you last week, not fifteen minutes into the concert the mother sitting behind me with her kids pulled out a bag of snacks and called out “who wants lollies?” to which one of her precious kinderlach responded “what else do you have?”  Maybe it was good that she brought enough junk food to feed an army, because she certainly needed it to keep her youngest, who seemed to be about four or five years old quiet.  Here’s a good rule of thumb.  If you need to feed a particular kid for two hours straight to keep them from misbehaving, they probably shouldn’t be at the concert in the first place.  Let’s face it, concert tickets aren’t cheap.  For the same money, hire a babysitter and leave them home so that they don’t disturb anyone else!  And while we are at it, can we keep an eye on the kids so that they don’t kick the back of my seat over and over and over again?

Here’s another novel idea.  You pay good money to go to a concert and listen to music.  Maybe turn the cell phone off?  And even if you don’t, is a concert really the right time and place for you to be talking on your phone?   It shows a complete lack of derech eretz for both the performers and everyone seated anywhere within earshot.

Let’s face it.  If you weren’t a music lover, you wouldn’t be reading this in the first place.  So if you love music enough to invest your time and money at a concert, use your head and be sure to be considerate of everyone around you.

That’s just my opinion.  Feel free to take it or leave it.