Spotlight: The Incredible New Album from A.K.A. Pella 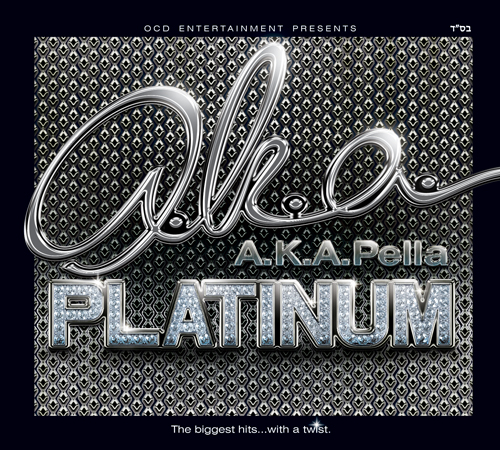 They’re back! A.K.A. Pella, the sensational singing group that makes waves just about everywhere, is back again this Sefira with a brand new, highly anticipated album called A.K.A. Pella Platinum.

We don’t need to remind you about this amazing group’s history, but in case you’ve been living under a rock, the incredible singing group burst onto the music scene 5 years ago with their revolutionary album Premium Blend (or affectionately known by their fans as “the coffee cup” album).

The group which has forever changed and evolved Jewish acappella has captivated listeners everywhere, and made a name for themselves with their creative, fun arrangements, stunningly intricate harmonies, and amazing ability to mimic the sound of musical instruments in a way you simply have to hear to believe. In fact, so good are their melodic interpretations that some have often commented that their versions are even better than the originals!

Following the release of Premium Blend, two more albums followed in quick succession and fans couldn’t gobble up albums fast enough. Their super catchy hit “Chaveirim” was the theme song for many a high school graduation video, and the pumping opening song “Eitz Chaim” was played at maximum volume at boys and girls camps all across the country this past summer.

After the success of A.K.A Pella 2 and A.K.A Pella’s last release, Adaptation, the group crossed over into singing with real music, and was busy nonstop in the studio being featured as vocalists on some of the past years’ most memorable productions, including Yossi Green’s blockbuster, The 8th Note, The Kol Noar Boys Choir, A Time’s Avodas Tzedaka featuring Shloime Kaufman and Friends, and Gershon Veroba’s Second Impressions. All the while, A.K.A. Pella had been hard at work on their brand new acappella album, which is set for release b”H right before Pesach.

For the past several weeks now, there’s been a quiet kind of hype building about the album among fans and music industry ‘people in the know’ now that Sefira time is fast approaching. Fans eagerly waiting for news of release of the new album have taken to A.K.A Pella’s guestbook on their website imploring them to come out with the new album already, while some have stayed updated on progress by means of A.K.A Pella’s Facebook Page. The group is notorious for keeping things very close to the vest and typically doesn’t release clips or details on a project usually until the last minute.

Well, County Yossi Readers, one week before its official release, I just received my advance copy of A.K.A Pella Platinum and folks, trust me when I tell you this: the new album from these guys is simply jaw dropping!

There is truly so much to describe about this album that I’m having a hard time cramming it into this article. Let’s start with the songs! A.K.A Pella always likes to have a theme for their albums and this album is no different. 14 tracks in all, the album is a collection of the biggest hits to have come out in Jewish music recently, all done with A.K.A Pella’s signature, inimitable style. They’re all here: Lipa’s insatiable hit ‘Hentelech,’ Baruch Levine’s instant classic ‘V’zakeini,’ Yossi Green’s now legendary ‘Anavim,’ ‘Vhoo Kayli,’ Eitan Katz’s mega hit ‘Lmancha,’ and the biggest hit of the year and everyone’s favorite, ‘Vhee Sheamda.’

You simply have to hear for yourself what A.K.A. Pella does with these songs. It’s simply astonishing. The voices, textures, and level of sheer sophistication will leave you wondering how it’s possible for acappella music to sound this good. Rich harmonies, incredible beats, their amazing blend of voices and technical effects and wizardry come together like magic to create an acappella experience like no other.

How does it compare to the previous A.K.A. Pella albums? Without question, unequivocally, this is the best one yet. For fans of A.K.A Pella’s music mimicking ability, you will certainly not be disappointed. Although they have set the bar very high, they very clearly have surpassed themselves with this release. On the song ‘Anavim’ for example, the song features some harmonies created to sound like an entire musical symphony and will leave you with the impression that you were just listening to a 70-piece orchestra! On another song, ‘Yufyafisa,’ there is a guitar solo done completely by voice that will leave you utterly and completely convinced that you might have just heard Avi Singolda himself!

All that being said, A.K.A. Pella fans will also be interested to know that the group has actually done something new for them, and that is singing some of the more slow, somber, ballady-type songs in a more choral style WITHOUT trying to sound like instruments. ‘Vhee Sheamda’ is a perfect example of the kind of approach A.K.A. Pella took to this type of song, and the result is extraordinary. The harmonies are simply gorgeous and the impeccable blend of voices weaving such a silky tapestry makes you want to listen to this one over and over again.

But truth be told, I haven’t even gotten to the best part yet… the guest appearances! Should I keep you in suspense or do you want me to tell you already? Well alright, it’s only fair. In a spectacular showcase of talent, Dovid Gabay, Yossi Green, Shalsheles Jr., Beri Weber, Shloime Kaufman, and Kol Ish all join forces with A.K.A .Pella and turn in fantastic guest performances on the album. Dovid Gabay rocks the house with a rollicking rendition of MBD’s ‘B’inyan Hasimcha,’ while A.K.A Pella’s version of ‘Hentelech’ featuring Beri Weber will surely be on repeat in your car stereo and getting lots of air play on your IPod.<p>
My personal highlight above all the highlights of this album is the track which features Shalsheles Jr., called ‘Yufyafisa.’ This is an amazing song, which was originally done by Shalsheles and was featured on their last album, Shalsheles 4. The whole arrangement and having the Shalsheles Jr. kids collaborate with A.K.A. Pella was a very novel idea – and the result is simply incredible. It will likely be one of the biggest hits of the album, and the song will leave you humming along to its catchy arrangement and melody in very short order.

All in all, A.K.A. Pella Platinum is a must have for fans of music and acappella alike. It is so good, in fact, that it can be enjoyed year-round. Look for it to hit stores right before Pesach!