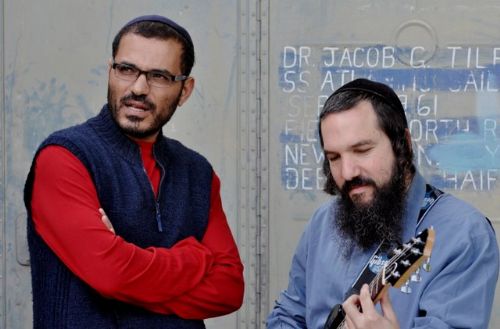 A Lubavitch tune is adding some Chassidic flavor to the new album of alternative Israeli-Jewish rock band Hamadregot.

Anim Zemiros, as taught by the Lubavitcher Rebbein 5722, is one of the 18 songs on the album called “Etz.”

Hamadregot is a duo of Ilan Domriand Hod Dayanwho are popular in the Mizrahi circles in Israel.

While the Anim Zemiros poem is sung in many communities at the end of Shabbos morning services, it was not included in Chabad’s Tehilas Hashem sidder composed by the Alter Rebbe.

It was written by 12th-century Kabbalist Rav Yehuda Hachassidof Germany.

On Simchas Torah, after Hakafos and the Yomtov meal, the Rebbe has taught to the Chassidim in 770, noting that Kabbalah mentioned the poem in high regard.