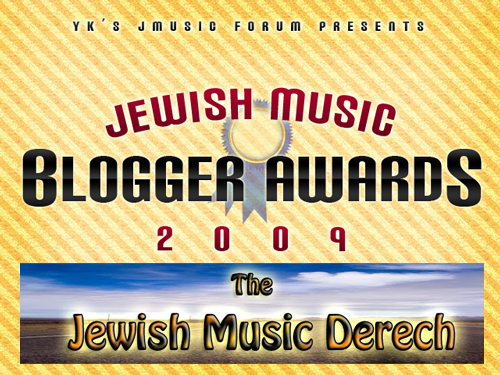 Best Album: Avodas Tzedaka –  Shloime Kaufman. For me, Shloime had the best mix of singers on his album. I get tired of hearing the same voice after a while, which is why I’m partial to groups over solo artists. He had Baruch Levine, Abie, A.K.A. Pella & Pruz. I can’t get enough of Kol Hamekayeim still.

Best Song: B’inyan Hasimcha –  Mordechai Ben David. MBD & Aaron Razel took singing up a notch with this song. Their combined vocals, with beautiful harmonies made for song of the year easily.

Best Arrangement: Yovo (Miami Boys Choir) -Yerachmiel Begun. Begun tweaked Yovo to perfection. Clearly he spent more energy on this song then he did on the rest of the album.

Boys Choir  Album:Yeshiva Boys Choir –   Shmoy.Shmoy was not beyond amazing, however it has some great songs which outdid songs on the other albums by far.

Best English Song: The Piano Boy – Baruch Levine. This was a tough choice. I really liked Finally Here and Generations as well, but Baruch Levine had the best meaning to his song and his voice made this pick an easier choice.

Best Yiddish Song: I didn’t like any of them.