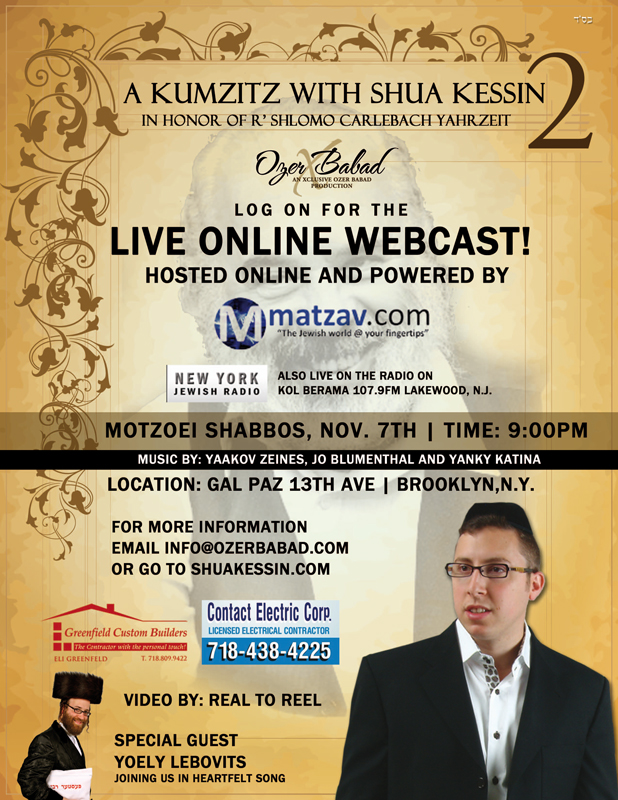 This Motzoei Shabbos, Matzav.com will be presenting its Second Annual Live Music Webcast Featuring Shua Kessin in honor of the yahrtzeit of R’ Shlomo Carlebach z”l, whose music has touched the souls of countless people. This event follows the first-ever live Jewish music webcast last year, produced by Matzav.com, which drew tens of thousands of viewers.

This year’s webcast, which is being produced by Ozer Babad and hosted and powered by Matzav.com, is expected to again be watched by tens of thousands of people across the globe and will also be heard live on Radio Kol Berama, 107.9 FM in Lakewood, NJ.

A special guest at the Motzoei Shabbos event will be the Pester Rebbe, R’ Yoel Leibovits, who is known for his musical talent, comedic prowess and badchanus. R’ Yoel, who is a son of the Nikolsburger Rebbe, will join in song and add his special flavor to the event.