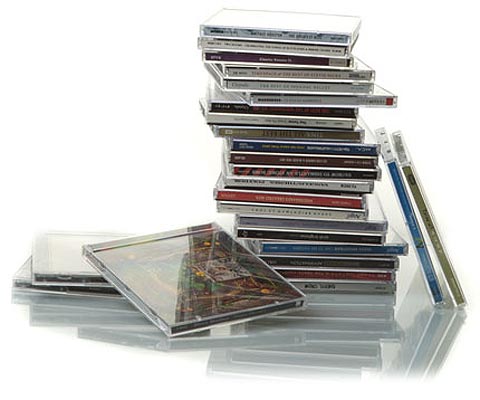 Don’t tell me you haven’t done it, because we I know you have. We all have.

We form opinions about CDs before we ever even hear them. Maybe it comes from an innocuous comment that you heard from a friend. Something you read on a blog. But in our own minds, at one time or another, we’ve all decided that a particular CD is good or bad without ever having heard it.

I won’t lie to you. I’ll admit it. I’ve done it too. But I’m not planning on doing it ever again. Because it’s so not fair.

The average listener doesn’t really have a clue just what it takes to put out a CD. The hours and hours spent on every little detail. Song selections. Arrangements. The list goes on and on. We never stop to think how much people have invested in a CD. And it’s not just the financial investment, which can be enormous. It’s the hours and hours spent away from home. Endless hours of sleep that are sacrificed. The heart, soul and love that are put into every song. How many days it takes to put together a single song.

Look, I’ll be the first one to tell you that some songs just aren’t any good. Some CDs are just mediocre. But that’s not what I’m talking about. I’m talking about forming opinions of CDs when you haven’t even heard them. Trashing a CD in either a public or private forum without giving it a chance.

Every singer out there, every producer, every composer, every arranger is a person. Someone’s spouse. Someone’s kid. Someone’s parent. Think before you speak.