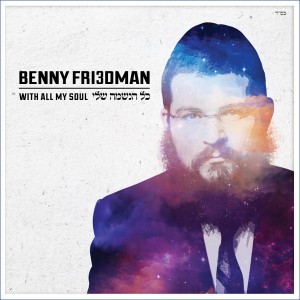 It was my second summer at Romimu, and I was the counselor of Bunk Yud Beis, the second youngest bunk in camp’s day camp division.  That meant I had a lot of free time on my hands, which was a good thing for several reasons.  First of all, I am insufferably lazy.  Second of all, I used much of my free time practicing the saxophone and clarinet.  We musicians had a small practice room off to the side of the stage where we stored our instruments (a large walk-in closet, really), and I spent countless hours in there playing.  That summer the camp’s grand concert featured Shlomo Simcha (ARE YOU PUMPED???????), and I was beginning to prep for Color War, which everyone knew was going to start sometime that week.

During the second week of August, I was approached by the camp keyboard player, who was in charge of the music and video at the camp.  He asked if I would be available to play sax at a small, intimate concert for a couple of special-needs campers who were regulars at the camp.  The headliner?  Some guy named Avraham Fried.

My reaction: Something along the lines of, “You had me at hello”.  Possibly with the added sound of me hyperventilating.

A few days later, I was approached again.  Change of plans, I was told.  The Avraham Fried concert would now be for the entire camp.  Three songs (Shalom Aleichem, Didoh Bei, and Chazak), to be immediately followed by Color War Breakout.

The hyperventilating increased its intensity.  The practice sessions in the side room went from frequent to constant.

Signs went up.  A second big concert in camp?  Amazing!  And the hottest artist in all of Jewish music?  What could be better?  Even the too-cool-for-school kids (who knew that Color War had to be coming up soon) were having second thoughts about their skepticism when they saw me frantically practicing the same three songs over and over again.

Finally, it was time for the big night.  I don’t think I had ever been so over-prepared for a gig in my life.  The only red flag was that there had been no sound check, no dress rehearsal, and I hadn’t seen Avremel yet, despite the fact that I was assured he was going to be on time.

Boys and girls, this is what they call “foreshadowing”.

We were ready.  The house lights dimmed.  The keyboard played an opening arpeggio, and we all heard it from backstage:

It was him.  Oh my gosh, it was really him.  Avraham Fried himself.  He was really here.  In a green Camp Romimu t-shirt.  Long black-ish beard and everything.

After we finished playing our three-song set, I kind of just stood there.  I had no idea what was supposed to happen next.

That’s when the beard miraculously started to come off, and the Romimu head staff joined our ersatz Avremel on stage and began to announce our Color War lineup.

The impostor, as you may have guessed by now, was the then-16-year-old Benny Friedman, Avraham Fried’s nephew, who was beginning to get into the music business by doing extremely accurate impressions of his famous uncle.  Apparently, the Romimu show was his first ever concert.  Looking back on it now, I almost can’t believe I was fooled by the fake beard, but that voice….  Apparently, I was the last person in the room to realize that we were being punked.  Oh well.

In the camp administration’s defense, everyone involved in the hoax apologized for not letting me in on the gag—they insisted that the campers needed to see me practicing like a madman in order to complete the illusion that Avraham Fried was really coming.

Here’s the picture Shmais.com ran the next day.  I’m the one you can’t see, totally blocked by Benny.  Story of my life :-) 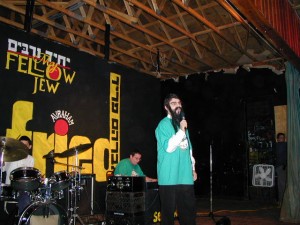 Anyway, that’s my Benny Friedman story.  A lot has changed in 13½ years.  Benny Friedman has gone from “nephew-of-a-famous-singer” to the torchbearer of the new generation of Jewish vocalists.  Unless you were hiding under a rock, you heard Benny’s last original album, Yesh Tikvah, as it took over the world two years ago.  Yesh Tikvah was followed by B’nei Heichala, a collection of Shabbos songs released earlier this year.  As I said in the review of that album, B’nei Haichalawas not intended to be a sequel to Yesh Tikvah—it was more of a creative detour along the way to the inevitable follow-up album.  Well, ladies and gentlemen, the inevitable follow-up has arrived.  Kol Haneshama Sheliis the sequel you’ve been waiting for.

Before we get into the nitty-gritty, let’s be very clear as to what KHS is not.  Yesh Tikvah—both the album as a whole and the song in particular—was one-of-a-kind.  Even Benny himself knows that the insane popularity and appeal of that album does not come along often, and he said as much to our very own SplashNews at the album premiere.  However, KHS has its own unique appeal which makes it special.  The 12 tracks were composed by 12 different people, including (among others) Yitzy Waldner, Ari Goldwag, and Shmuel Marcus, so there is something different about each song.  Ian Freitor handles most of the music production, and Sruly Meyer is credited as the producer of the album along with Benny himself.

Track 1, “Toda” (composed by Sruly Green, lyrics by Miriam Israeli and Eli Friedman): Benny starts off his new album with a salsa-disco with original words by the multi-lingual queen of Jewish lyrics, Miriam Israeli, the lyricist behind “Yesh Tikvah” and “Am Echad”.  The lyrics, which switch between Hebrew and English, describe Benny’s feelings of gratitude towards Hashem for everything in his life.

Track 2, “Im Ein Ani Li” (written and composed by Robert Fitoussi and Yitzchok Bitton):  This old-school rock song is an almost note-for-note cover a song which first appeared in 1982, on Isaac Bitton/Raya Mehemna’s album Songs for a Brother.  Bentzy Marcus adapted this version of the song for the album, and worked in a violin solo by Chris Woods which is regretfully too short.

Track 3, “Ribono Shel Olam” (composed by Yitzy Waldner):It’s 2014, so you knew that Yitzy Waldner would show up somewhere on this album.  This slow ballad includes orchestral arrangements by Leib Yaakov Rigler and backup vocals by the Shira Choir.  Its lyrics are from the tefilah before Torah reading on yomim tovim, and the melody really shows off the capabilities of Benny’s voice.

Track 4, “Fulfill Your Tefilah” (written and composed by Shmuel Bitton, additional lyrics by Eli Friedman): This techno/disco track shares some musical styling with “Yesh Tikvah” (for example, they begin with the same synth voice), but this one is in English.  This hopping dance song uses some interesting rhyme combinations which don’t work with every accent (fulfill your/every tefilah, answer your/bakasha, we all know/dor vador, am Yisroel/hear our kol), but Benny manages to pull it off and make it sound natural.

Track 5, “Al Tira” (composed by Yisroel Zev Rechnitz):  Another slow ballad, this song is arranged by the one and only Yisroel Lamm (of course it was, there’s a French horn in the brass section), and the full orchestral arrangement shines.  The Shira Choir provides backup vocals again, and Eli Gerstner recorded and mixed the track in his studio.

Track 6, “Kol Haneshama”, feat. 8th Day (composed by Shmuel Marcus): The title track of this album is a family production, featuring Benny’s cousins Bentzy and Shmuel Marcus, known to the rest of us as 8th Day.  This Latin-style hora also features an English stanza where the Marcus Bros.’ influence is obvious.  All instruments in the recording are played by arranger Eli Lishinsky.

Track 7, “L’hisaneg” (composed by Ari Goldwag): What is it about Shabbos zemiros in particular, and “Ma Yedidus” in particular, which seems to send themselves so easily to waltzes?  Taking the question a step further, what is it about 3/4-ballad Shabbos zemiros being composed by Ari Goldwag?  Combinig this song with “Kah Ribon” and “Menucha”, Ari is well on his way to his own Greatest Hits album of Shabbos waltzes.

Track 8, “Bum Bum” (composed by Elimelech Blumstein and Ari Goldwag): If there is going to be a successor to “Yesh Tikvah” that comes from this album, “Bum Bum” is it.  This track is easily my favorite song on the album—I can easily see it existing side by side with MBD’s “Ma’aminim” as the “rock the house” song at the end of chasunahs, or as a finale to Benny’s concerts.  It’s a kind of surfer-rock/pop-rock blend (feel free to disagree with me on the definition of those terms) with a strong guitar part by Avi Singolda, while Yitzy Spinner handles the backup vocals.

Track 9, “Hamalach” (composed by Baruch Levine): Baruch Levine joins the composer parade!  This song, which sounds inspired by the old London School of Jewish Song version of “Hamalach”—slow waltz, slightly jazzy, mostly the same lyrics—adds in a stanza with the passuk, “Hiney lo yanum v’lo yishan Shomer Yisroel”(“The Guardian of Israel never slumbers or sleeps”), which seems very appropriate.  First of all, both verses are recited in the bedtime Shema.  Second of all, I am thinking that the addition of this line into the song may have been inspired by the events in Israel over the last year amid the obvious hashgacha pratis which guarded the Jewish population during Operation Protective Edge.  I don’t know, just my theory.

Track 10, “Yesod V’Shoresh” (composed by Pinky Weber): Let’s learn some chassidus together, shall we?  The words to this upbeat, bass-heavy rock song are from the Tanya, and describe the basic foundation (the “yesod v’shoresh”) of Judaism: to elevate the spiritual over the physical.

Track 11, “Essa Einai”, feat. Shlomo Simcha (composed by Rivky Brachfield): This song, my favorite slow song on the album, was composed by a twelve-year old girl, Rivky Brachfield of Toronto, who composed this song in memory of her grandfather.  Benny is joined on the track by Rivky’s fellow Torontonian Shlomo Simcha (my favorite pure singer in all of Jewish Music, if I may say so myself), as well as Tzvi Blumenfeld of the Yedidim Choir singing backup.   Benny’s and Shlomo Simcha’s voices blend together perfectly in a way very few artists could.  I really hope this song becomes popular—we need more variety in our chuppah songs and dinner music sets, and it would be a shame to see a great song like this fall through the cracks.

Track 12, “Rak Beyachad” (composed by Eli Klein): I hope you weren’t thinking that we would make it through twelve tracks without an “achdus”-themed song.  The man who launched the trend more than two years ago brings it full circle with this driving rock song as the perfect coda to his third full original album.

To conclude: Kol Haneshama Sheliis not Yesh Tikvah—not by a long shot.  I almost feel bad for Benny—Yesh Tikvah was such an impossible act to follow, that the inevitable sequel is bound to disappoint some people.  I’m here to say: don’t be disappointed.  Kol Haneshama Sheli stands just fine on its own merits, and that should be more than good enough for anyone.