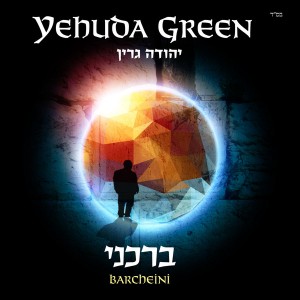 There is a segulah brought down in the JMR “OutofTowner” sefer that every time someone plans on writing a number of reviews (or even 1) in a short period of time, that person gets extremely busy and none of them get written. I am not sure what the source for this segulah is, but it is tried, tested and true. Saying that, I am going to attempt to start and complete a review!

Ok, so it’s now 4 weeks later and the segulah seemed to have worked! Now I don’t even remember which album I was going to review when I started but being that there are a number of quality albums that came out in the past few months I have my pick of what to start with…with hopefully more to follow shortly. I decided that the review I’ll start with is going to be on Barcheini by Yehuda Green. I am hooked on this album because of its simplistic sophistication (does that make any sense?) and the beauty of the songs. Going back on what I wrote on the last album Yehuda released, I was not a huge Carlebach fan growing up, although the songs of his that I did know, I loved. Yehuda isn’t going to blow anyone away with his voice but that’s not the allure and appeal of him. His haartz and total embodiment of the Carlebach derech has made him a sought after performer. Without any further ado (and before anything else can sidetrack me) here is a song by song assessment:

Barcheini – This is not only the title track of the album, but this is also one of the many songs composed by R’ Shlomo Carlebach that are on the album. This song is one that I am not sure I have ever heard before but is a beautiful and melodious song. I would say it’s a typical Carlebach song (which I mean as the biggest compliment of course) and Yehuda’s vocals further enhance it. The musical arrangements are simple and set the perfect mood for the song and the whole album.

Reb Shlomo’s Niggun – I am sure you can all guess who composed this song! What else can I say about a niggun that is sure to be a hit at kumzitzes all over. At the end of the song there is a nice guitar intro/interlude that is really nice.

Haneshama – This song, composed by Yehuda Green, and modified by Pinchas Wolf, shows how much Yehuda walks and thinks lock step with R’ Shlomo. If I didn’t know any better, I would have guessed that R’ Shlomo composed the song. It’s that beautiful.

Dididi Hakol Tov – This song is composed by the legendary Antshie (seriously I really have no idea who he is but his name just screams legendary to me). By now it’s a bit redundant for me to say that the song is a Carlebach style song because that’s what the whole album is! This song is a melodious song that could be played and sung at many different tempos and still be enjoyable. Just one question on the song: what is a dudaleh?

Ma Ashiv – This song is composed by Pinchas Wolf and modified by Yehuda himself. The images that flash through my mind at the word modified are not ones I would associate with songs but I get the point that the composition was tweaked and perfected. The main point is that this song is beautiful and whatever was done to it to perfect it….it was modified perfectly!

Kulam B’lev Echad – This is another song composed by Yehuda himself and is a real upbeat and lebedick song. I really enjoyed the intro featuring an electric guitar solo. On an album mostly featuring slower relaxing songs, this song really hits the spot. One other thing I noticed on this song, which is really featured on the whole album, is the choirs and harmonies.

Ad Matai – This Yehuda Green composition is a haunting and heartfelt song that really puts today’s galus into perspective. It is truly a gem on an album filled with gems.

Nachamu – Some words really don’t fit in a fast song and conversely some don’t fit in a slow song. When it comes to the words of Nachamu nachamu ami, they can really fit into any song. The upbeat vibe of this song really fits with the optimism that we have every year when Shabbos Nachamu rolls around and we hope that the past tisha b’av was the last time we will be sitting on the floor and crying over the destruction of the bais hamikdash. This is a nice song.

Ana Bekoach – This is a beautiful song composed by R’ Shlomo Carlebach. As I have mentioned before, I am far from being an expert in Carlebach songs, but I can’t believe such a song has been hidden from us commoners for so long. The song is greatly enhanced by Yehuda’s vocals and the instrumentation, including a short guitar solo.

Rebbe Rebbe – This Moshe Pomp composition was released a while ago as a single and was actually the song that really had me looking forward to this album.

Tshuasam – Ok so this song is composed by “a holy man.” Real story: he actually is a holy man and wanted to hide his name for personal reasons. The really cool part of this song is that the song starts with the actual audio from the kumzitz in Chicago where Yehuda first heard the song and fell in love with it. Listen to it and you will too!

Meloch – The album ends with a hartzige and chazonishe song composed by the Rebbe (or as Zale Newman once introduced him at a HASC Concert as the Rebbele) R’ Shlomo. This is a perfect ending to an awesome album!

In conclusion, this is another quality album by Yehuda Green. If you have enjoyed his previous albums or even if you have never heard of him but have enjoyed Carlebach style albums, this one is for you! It is available at http://mostlymusic.com/products/yehuda-green-barcheini or wherever quality Jewish Music is sold!