All new jewish music is overhyped and promoted heavily in its beginning, and the first time it usually sounds nothing short of amazing, but then slowly after a bunch more listens, you end up putting it in the back end of your hits playlist. This is why I do my reviews one week later, we can tell if the album is nogeah after just a few more listens. 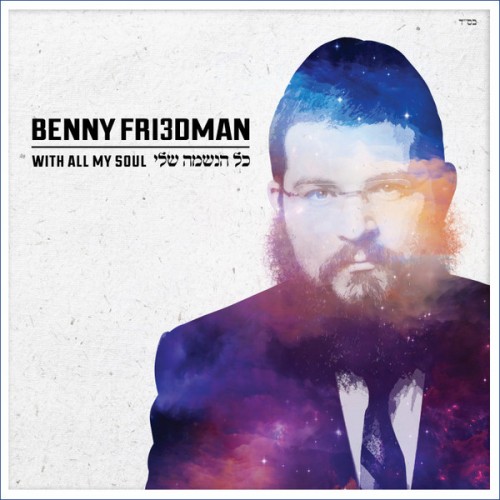 Now on to the album itself. Benny Friedman has done a superb job on yet another album, and it may just be his best job yet. From the album cover (Benny’s serious mug is great!) to the last song, the KHS experience is rockingly awesome. Benny really outdid himself on this one. Let’s review it song by song.

TODA– Toda is That Song. What do I mean by that? When I put in an album, I’m looking for the song Benny’s gonna sing at many concerts and weddings to come. Yesh Tikva was that song. No Lyrics was that song. Toda is that song. The rap in the middle is great and the song just has a great sound to it. I love how low benny and the choir get on modeh ani melech, then high for chai vkayam. The Hebrew words are great, the English words are great, this song is just great. So where is this song headed? To be the next That Song.

IM AIN ANI LI– This song is a cover of a song by Issac Bitton on the album A Song For A Brother Raya Mehema. That original song is more of a rock song than this version is, but Benny pretty much nailed it and after listening to both the original and the new version, I came to appreciate the song much more.

RIBONO SHEL OLAM– A beautiful slow song. Not my favorite slow song of the album, but it’s up there. Composed by Yitzy Waldner, it’s a nice and sweet tune, and could be sung by concerts if Benny so chooses. Very enjoyable song.

FULFILL YOUR TEFILLAH– Wow! This song blew the album wide open for me. I loved every second of this song. The lyrics, the piano and Yesh Tikva-like sound in the beginning, the choir at the end, from start to finish this is one of the freshest songs I’ve heard in a while!

AL TIRAH– An extremely nice slow song. This could be the best one on the album. Benny’s voice in this song sounds amazing and I believe it was after this song that I told my friends to buy the album.

KOL HANESHAMA SHELI– This may have been the longest wait for a title track, but it was well worth it! This is a great song, especially if you love playing the steering wheel drums. I can attest it’s pretty much the perfect song for that.

L’HISANEG– A nice melody for Shabbos zemiros. Benny said he was picking up right where the Shabbos album left off, and we got this beautiful song, so he was takka right!

BUM BUM– One of my favorites on the album. I can totally see Benny singing it at the HASC concert next month. Gonna be another hit. The guitar solo in the middle right after Benny yells is wonderful, possibly the best part of the album. It shows that Benny not only makes great music, but enjoys it, too!

HAMALACH– Composed by Baruch Levine, this is a gorgeous song. Straight to the heart lyrics combined with a rich sound makes this a wonderful relaxation song. Doesn’t get better than this slow song.

YESOID VSHOREISH– A few of my friends have told me this song is not special, but after listening to it often enough, I love it. It has that great mid and sick high, the trumpets are great and it was composed by Pinky Weber. I mean, CMON!

ESSA EINAI– I loved this song. After listening to this song, I thought the two voices of Benny and Shlomo Simcha sounded very alike. They bounced perfectly off each other and complemented each other very nicely. Composed by a 12 year old girl, Rivky Brachfeld, this is top notch, 30 years in the business- type work.

RAK BEYACHAD– Such a good fast song. As every Benny album has, here’s that together we can accomplish song (though one could say that song was Fulfill). A great choir backs up Benny as he belts out RAK BEYACHAD! Only together could this album have been so good. With 12 different composers, this album really was RAK BEYACHAD!