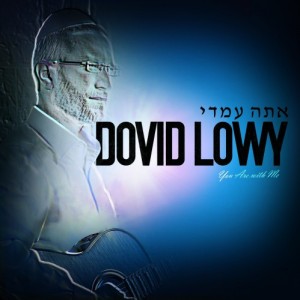 This is a long overdue review that has been bouncing around my head for the past few months (ok by now it’s more than a few months…but who’s counting). Usually when I hear that a song from an upcoming album is being released for free I look to see if I recognize the singer’s name. Most of the time if I have never heard of that singer I end up being underwhelmed and sorry that I even bothered downloading it. When Dovid Lowy released his song Meheira I was very surprised and pleased to hear the beauty of the song, the arrangement and most of all, Dovid’s sweet voice! Little did I realize at the time that the song was composed by Abie Rotenberg (who also sings with Dovid on the song), but the song made me excited to listen to the entire album when it was released and boy do I love it! It has been playing nonstop in my wife’s car for the past number of months and it has become a family favorite! I can go on and on about how much I love the album but I think everyone gets the point. Without any further ado here is my song by song assessment:

Ata Imadi – While Dovid composes most of the songs on this album, he picks this upbeat song composed by Eli Klein, which Eli along with his frequent partner Yitzy Berry arrange. This song is a real foot tapper and an awesome start to the album.

Elokai – This is a beautiful and haunting song composed by Dovid that has the perfect words to match. The arrangements by Jeff Horvich and vocals by child soloist Dovid Pearlman (who has since released his own album with Dovid returning the favor and collaborating on a track) add so much to the song. This is a song I can hear being strummed on guitar at a kumzitz and also played at a chupa with a 30 piece band. What a gem!

Niggun Hisorerus – The simple yet sophisticated way how the song starts off with Dovid singing is microcosm for the whole album. This is a song that is another toe tapper but at the same time would also be performed beautifully as a slow song full of Hisorerus! Eli Woznica, who I don’t believe I ever heard of before, does the song justice with his musical and choir arrangements.

Meheira – As I indicated in my opening paragraph, this is the song I originally heard that really turned me on to the album. Abie’s composition and Dovid and Abie singing bring out the best of this masterpiece. Eli Woznica once again does a wonderful job on the arrangements.

Horeini – This lebedik (more like “kumzitz lebedik”) song uses the words from Tehillim brought down in Mesilas Yesharim. The song itself is amazing and really catchy. I saw a video where Dovid explains the origin of the song and after hearing the explanation the song became even more inspiring! Here is the video so you can be inspired yourself: https://youtu.be/PmbIO7a_BlI

Ma Rabu – This is another stunning masterpiece. Everything about this song including the meaning of the words is unbelievably enjoyable. Here is a music video that Dovid produced to this song: https://www.youtube.com/watch?v=S7wt89sBVN8

Chamisha Kolos – My initial reaction to hearing this song is that it should be the next lebedik wedding hit. The tempo of the song and the words really hit home. This song is a real enjoyable song and really makes me want to get up and dance….ok so I did.

V’hareinu – I have a hard time deciding which slow song is my favorite on the album because each and every one is so sweet and hartzig. This song is no different. Dovid’s sweet and melodious voice really shine on this song. This song ends fast and I wish it kept on going…

Hineni – This is another lebedik song and this one has probably the most sophisticated musical arrangements from the whole album. It’s another catchy and enjoyable song. I know I sound like I keep repeating myself but it’s true. I have loved this album since it came out and continue to listen to it and enjoy it even after all these months!

Hashiveinu – Haunting and beautiful. This songs features the vocals of Yosef Karduner along with Dovid and for anyone who follows Jewish Music knows mentioning Yosef Karduner means the song is a deep and spiritual song full of feeling. This song is a perfect ending for an amazing album.

In conclusion, if you don’t own this album yet….what are you waiting for! I have recommended it to many people and everyone has loved it. You can purchase it at http://mostlymusic.com/products/dovid-lowy-ata-imadi or wherever quality Jewish music is sold.