After sweeping away the Jewish music world on dozens of stages and capturing the hearts of tens of thousands in Israel and across the world, wonder child Ari Reich breaks out with his debut single.

Ari gained musical fame singing alongside the biggest names in the industry, in high society events and dinners for prominent institutions.  Until now, we enjoyed his melodious voice only at events and in video clips passed from friend to friend at lightning speed.  Now, Moshe Cohen presents a soulful new single he produced especially for Reich.

In keeping with his tradition of excellence, Moshe spared no expense in creating a breathtaking production at the highest standards of the genre.  Motti Elovitz from America composed this touching new song, which was orchestrated by Yehoshua Fried, using the leading musicians of Eretz Yisrael.  The rich and soulful
sound of the choir testifies to his careful selection of the very best voices ever to join the Malchus Choir.

“The words of this song are taken from Shemoneh Esrei,” R’ Moshe Cohen explains.   “Everyone who hears it can find a place to connect to it, from the innermost depths of his soul.  The single is accompanied by a special video clip that adds an extra dimension to the musical experience.” 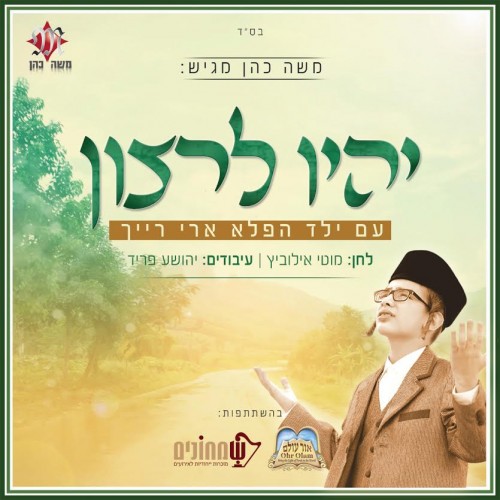