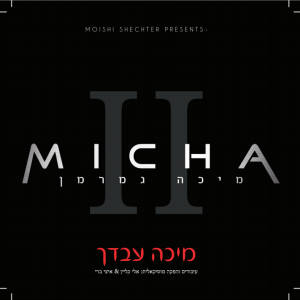 While many of my reviews tend to focus on Jewish Music artists based in the USA, today we’ll be taking a trip to Brazil which is where today’s artist Micha Gamerman is located. After his debut album and a number of singles Micha has finally released a second album! Throughout this album Micha proves himself to be talented as both a chazzan as well as a contemporary singer. Let’s get started!

You might know Micha as a singer. You may even know him as a Rabbi or a Mohel (he is both!) in Brazil. If you haven’t heard of him until now I highly recommend you get acquainted with his music. With his powerful vocals and original musical arrangements Micha is definitely making a worldwide splash in the Jewish Music world.