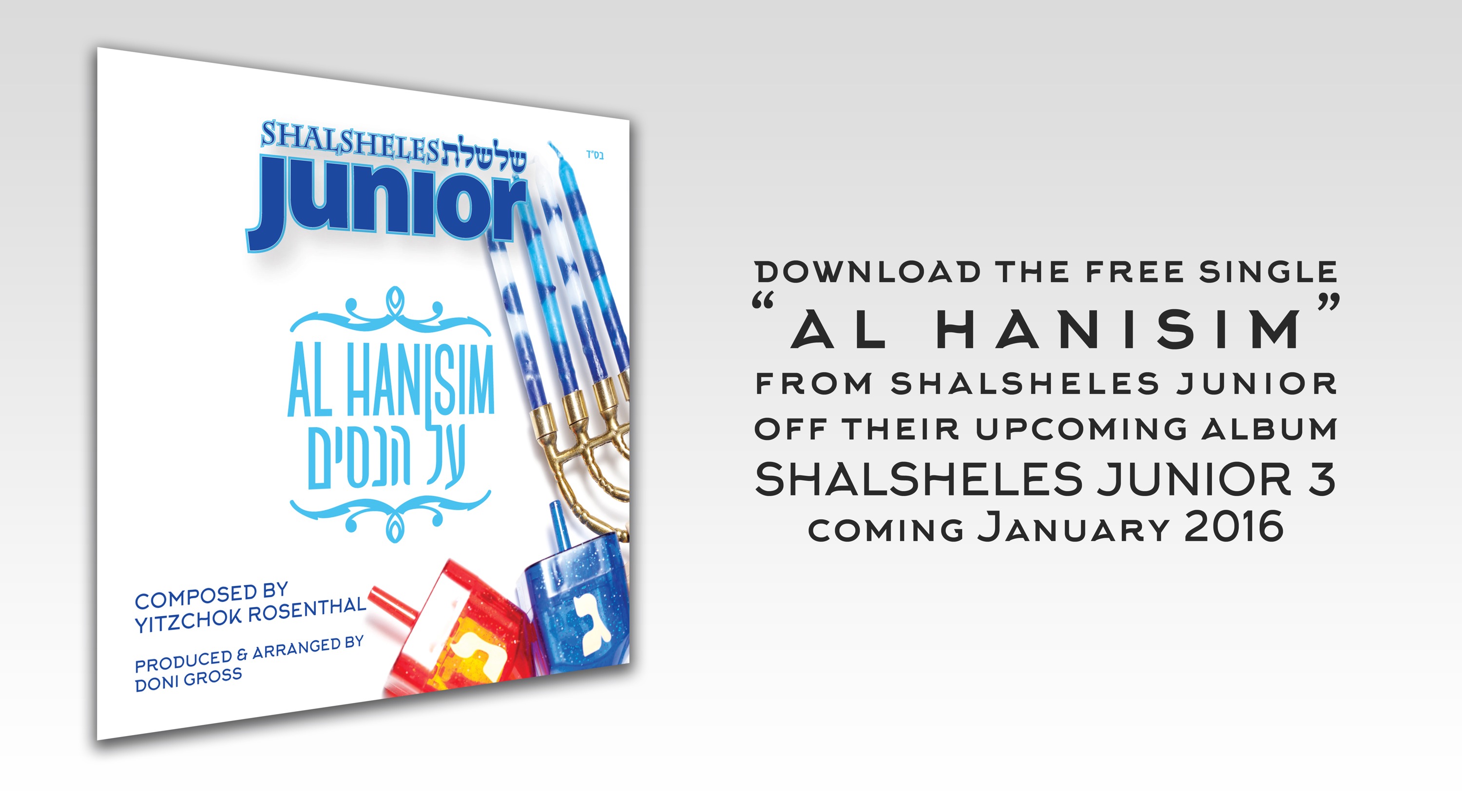 The group that brought you hit songs such as; Modeh Ani, Hisoriree, Raninu and Heyma, is BACK! That’s right, Yitzchok Rosenthal’s widely popular children’s group Shalsheles Junior is back with an all new album. This is the third generation for the Junior’s group, which just keeps getting better with ever album. This time Rosenthal, handed over the reins to producer and arranger Doni Gross of DEG productions to bring you an all new Junior sound with that familiar flavor that we have grown to love and enjoy.

While the new album titled Shalsheles Junior 3 is still a few weeks away, in honor of the festival of lights “CHANUKAH”, they are releasing a FREE single off the album. The song entitled AL HANISIM is like all Shalsheles Junoir songs, composed by the talented Yitzchok Rosenthal and arranged by Doni Gross. If this song is an indicator of what the album is going to sound like, then all we can say is WE WANT MORE.