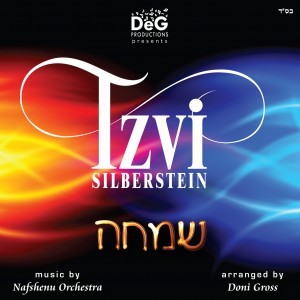 Today I will be reviewing an album just recently released by a performer who’s been on a bit of a hiatus to the Jewish Music scene. While the performer may have been on a vacation from recording, the producer of this album certainly is not. Doni Gross has providing the Jewish Music world with amazing productions from his Kumzits in the Rain Series as well as his involvement in other projects  from well known Jewish music personalities such as Ari Goldwag. Doni presents to us with this new album singer Tzvi Silberstein. Let’s get to the music!

In conclusion I have a feeling we’ll be hearing a lot more from Tzvi going forward. Doni Gross does an amazing job with this production and even though it’s only a first album from the Doni-Tzvi team, they have already gotten me as a fan. Definitely go out and get your copy today!