HILLELKAPS – Review of Waterbury Yeshiva’s “Stay With Me” 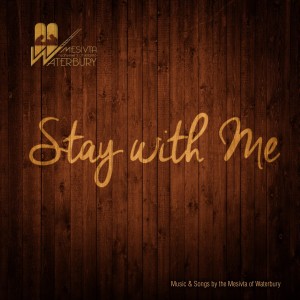 Today I’ll be reviewing the new album “Stay with Me” from the Mesivta of Waterbury. I had the opportunity to preview this album directly from Yisroel Levine (the producer of the album). After the two songs I got a chance to hear in various stages of production I have be
en extremely excited for the release of this album. As if that weren’t enough this album is co-produced by the one and only Aryeh Kunstler. Let that sink in. A new album, featuring compositions by a number of fresh talented composers, featuring some of the best musicians to be featured on such an album, and co-produced by an extremely talented Engineer/Guitarist/Producer. Let jump in!

Starting with the release of the  Waterbury album like “Ain Mayim Ela Torah” (2007), the Waterbury Chevra have shown us their talents. This album is no different. Starring a number of talented composed, musicians, arrangers, and vocalists, this is sure to be a favorite in many homes inside (and outside) of the Waterbury community. I would highly recommend it and I’m sure after listening to it you’ll find yourself recommending it to others as well!