Yaakov Shwekey Releases a New Album! WE ARE A MIRACLE!!!

The Jewish megastar Yaakov Shwekey in a new international album of new variety of songs in the styles of Pop, Dance, Hasidic and Middle Eastern, produced in partnership with Yitzy Waldner and the best of the best of the music industries in Israel and the U.S.A.

The album opens with a song “MA’AMIN BENISIM”- a Waldner’s tune to the lyrics of Miriam Israeli, a rhythmic, stirring song, replete with faith and hope, dedicated to Rabbi Shalom Rubashkin; “MO OHAVTI” – an emotional Hasidic song, with tune by Eli Laufer, “MARAN SHELI” – a moving ballad, filled with fond memories and longing for the late Rabbi Ovadia Yossef, “CHAIM SHEL SHALOM” – the next wedding hit, lyrics by former Chief Rabbi Shlomo Moshe Amar – the Chief Rabbi of Jerusalem.

Yaakov Shwekey: “The fact that the Jewish nation still exists at all, is of course nothing but a sheer miracle. I am privileged to travel and meet my brothers and sisters all over the world, in communities where Jewish life should be logically impossible. The incredible growth of my fellow Jews around the world is miraculous they are not only existing but thriving as well, that’s the inspiration for WE ARE A MIRACLE.”

At present Yaakov Shwekey is on a round the world concert tour to promote the new album, and will participate in a Jewish Music festival with the Philharmonic Orchestra in Switzerland as well as in other events in the City of Lights -Paris, Antwerp in Belgium, South America and the USA.
The album is available online in iTunes and in all good music stores around the world. 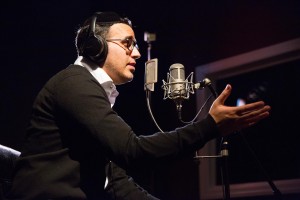 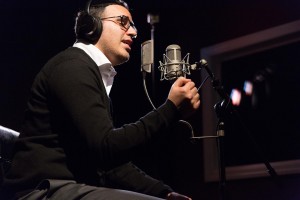