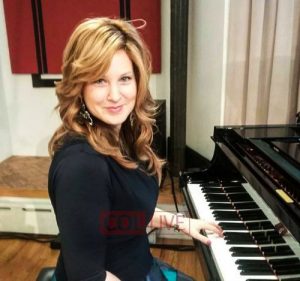 The Grammy Award is an honor awarded by The Recording Academy to recognize outstanding achievement in the music industry, and recognizes the best recordings, compositions and artists of the eligibility year, which runs from October 1, 2015 to September 30, 2016.

“I am super excited and completely humbled…I feel so privileged to be a part of all this,” Dukes wrote on her facebook page at www.facebook.com/sarahdukesmusic.

Dukes composes her music as a hobby in between raising her five children and working as a mental health counselor. Her second album “Life Sometimes” was selected as a winner in the Global Music Awards, honored with a Silver Medal for Outstanding Achievement in the New Age Solo Piano and Album categories, and was ranked #17 on Zone Music Reporter’s “Top 100 Radio Airplay Chart”.

“From its onset, Life Sometimes takes you by the hand, and guides you through an intricate and prismatic Soundscape that seems to touch on every imaginable human sentiment,” shares BT Fasmer from newagemusic.guide. Similarly, Michael Diamond from Music and Media Focus describes “Life Sometimes” as “a gorgeous album that serves to further Sarah Dukes’ growing reputation as a composer of thoughtful and evocative music.”

“To be included on such a prestigious award ballot is a tremendous honor and hopefully will inspire other lubavitchers to develop and share their talents that Hashem gives them,” Dukes shared exclusively with COLlive. “It is an amazing zechus to be able to show that a frum, chassidic woman can also be recognized as contributing in the music world.”

Dukes’ piano solo albums and singles, performed by Yaron Gershovsky, are available in Judaica stores and online at mostlymusic.com, iTunes, and Amazon, and on her website www.sarahdukesmusic.com where you can also purchase sheet music.