Hislahavus’ Review of Tzamah 1 and 2 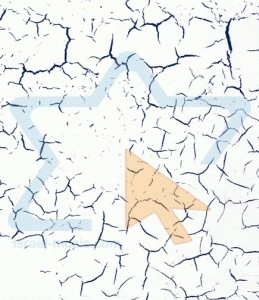 As Niggunim albums go, anyone producing them has got a difficult balance: on the one hand, you want to retain the original power and spirituality; at the same time, you want to mix it up. And some albums opt for more of the former; others for the latter.

And then there are two albums released last year in Israel – Tzamah 1 and Tzamah 2.

Most of the niggunim on the two albums are some of the most well-known Chabad tunes, so maybe you’re not expecting much. But producer (and bassist extraordinaire) Naor Carmi pulled out off a major coup. The same genius responsible for Halev Vehamaayan – the award winner Klezmer outfit, and Hatizmoret Ha’amamit – the brash big band, gathered some of Israel’s best vocalists (along with a guy named Avraham Fried), and the result is sublime. (Videos below.)

(A quick side note: long ago, I wrote this article, which noted how many secular artists are finding their way to traditional Jewish music. This series is exactly that – with big names in the secular Israeli music industry joining up, and really giving it their all.)

Tzamah 1 is devoted to niggunim that the Lubavitcher Rebbe taught his Chassidim, or had a special relationship with. The aforementioned Fried does a spectacular job with Shamil’s Nigun, and also duets with Shuly Rand in Anim Zemiros. Shai Tzabari pulls off an emotional rendition of Rachamana; heart-rending, really, with an arrangement to die for. And Evyatar Banai pours his all with an epic Tzamah Lecha Nafshi.

Tzamah 2 focuses on niggunim either composed by the Alter Rebbe, Rabbi Shneur Zalman of Liadi, or tunes related to him in some way. Banai appears on this album as well, and he scores the heavenly tune Kol Dodi. His sweet, elegant voice contrasts perfectly with the edgy arrangement, and gives it that perfect modern/spiritual balance that I crave. His father is in on this project too: the eminent Ehud Banai gives Avinu Malkeinu a haunting shadow. Veteran Israeli rocker Berry Sakharof (who showcased Tzamah Lecha Nafshi on his own album, and reprised Tzamah Tzamah on both Hatizmoret Ha’amamit and Tzamah 1) presents Bnei Heichala with his unique grave, gravely gravitas. Rami Kleinshtein gives Keili Ata, a tune that everyone and their grandfather has performed, a totally fresh feel that is at the same time, comfortably familiar.

And while it is true that I’ve given producers flack for sticking to well-worn niggunim as opposed to digging up fresh and unrecorded ones, here Carmi gets more than just a pass – it’s just too masterful a job.

Wow! Well worth a listen, even more worth buying a copy. Check out the videos below.