The Audio Preview is Here! Yossi Lebowitz All New Album! The Stars Have Aligned For Great Jewish Music. 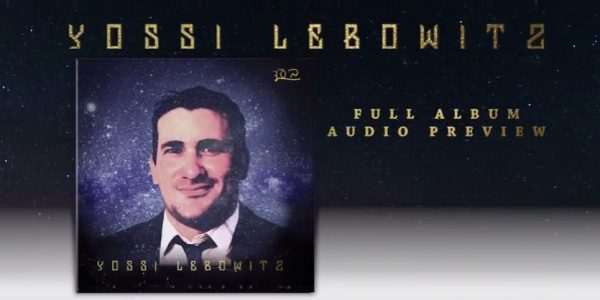 When Yossi Lebowitz released the first single “Keil Nkomois“ off his debut album back in March, the Jewish music world knew it was in for something new and fresh. Something unheard of in JM, a ROCK album.

With the Summer here, what better time for a dose of something different. Something new and fresh. Presenting the official audio sampler for Yossi Lebowitz‘s debut album Kchoichvei Hashomayim.

This album literally as it all, from classic ballads featuring haunting Yisroel Lamm arrangements to hard rock songs with guitar solo’s from virtuoso Ari Boiangiu. The amassed talent featured on this album is astounding. Blue Melody Group,  Freilach Band, Eli Gerstner, Zemiros Group, Ian Freitor, Yidu Weinstock the list goes on and on. So prepare yourself to be taken on a musical journey, the Yossi Lebowitz experience.

Kchoichvei Hashomayim will be distributed by MRM Music and available for digital download in the next week or so.