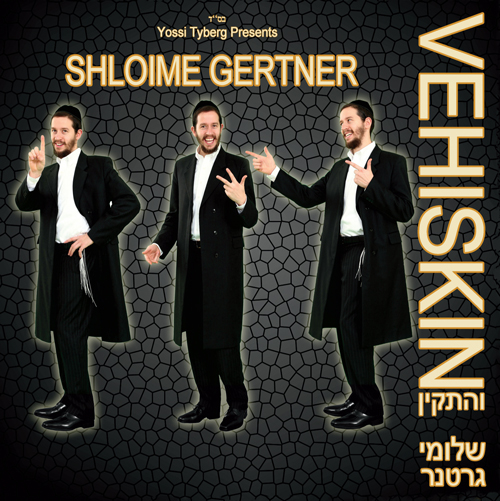 [audio:http://jewishmusicreport.com/wp-content/uploads/2012/09/Gertner2012-Clip-.mp3]
Shloime Gertner’s exciting new album is just about to be released. Vehiskin, Shloime’s 3rd album after Nissim and Say Asay is packed with brilliant new songs from a diverse selection of composers and arranged by some familiar and new names.
Vehhiskin, produced by Yossi Tyberg, part of Teem Productions which also includes Gershy Moskowitz who once again directed the album as well as songs by Yossi Green, YItzy Waldner, Pinky Weber, Moshe Laufer, R” Baruch Chait, Baruch Levine and Lipa. The album also includes arrangements by Moshe Laufer, Ilya Lishinsky and Richard Niles.
Shloime’s new CD features 11 all new songs that will continue in the new standard you now expect from not only Shloime Gertner, but the Yossi Tyberg and Gershy Moskowitz brand.
Included you will find a small taste of one of the songs from new CD, Haposeach, composed by Yitzy Waldner and arranged by Ilya Loshinsky. Expect the CD in stores right after Yom Kippur.
The CD will be in stores distributed by Aderet music and will be available online at MostlyMusic.com