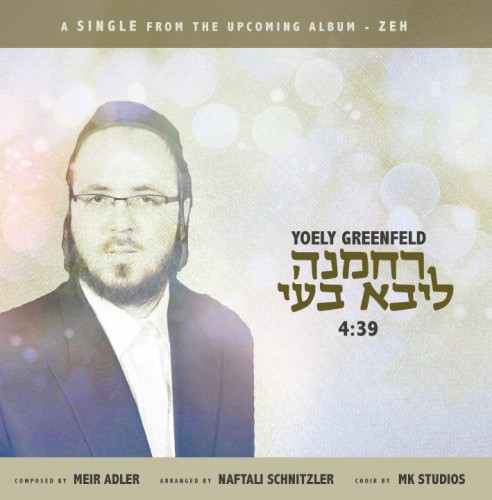 After two hit albums and the incredible success of the BEATS release last year, Yoely Greenfeld returns! The new album, titled “Zeh” will be released November 24th. Produced by the incredibly talented Naftali Schnitzler. The album, which includes 11 all new songs, will continue to deliver on the previous high standards, and raise the bar in Jewish music even higher.

In anticipation of the new album, Yoely is releasing a single titled “רחמנה ליבא בעי”, composed by Meir Adler, arranged by Naftali Schnitzler and features choir by MK Studios.

Download the song free at MostlyMusic.com or Nigun Music